What is the full form of CRPF?

The full form of CRPF is Central Reserve Police Force.  It is a Paramilitary Force which is the largest Central Armed Police Force in India.  The CRPF works under the Ministry of Home Affairs, Government of India.

The main goal of this force is to help the Governments of all states to maintain law and order in their areas.  Its Ka Headquarters is located in New Delhi, India. The Government of India has established CRPR Academy to train young candidates to be recruited in this force.

This force is known as Paramilitary Force.  On 27 July 1939, the CRPF first emerged as a Crown Representative Police.  And after independence it was changed to Central Reserve Police Force under the CRPF Act on 28 December 1949.  CRPF is a central paramilitary force central i.e. it acts below the central government, due to which this force is not tied within the boundaries of a state.  CRPF can be transferred anywhere and anytime in our India. 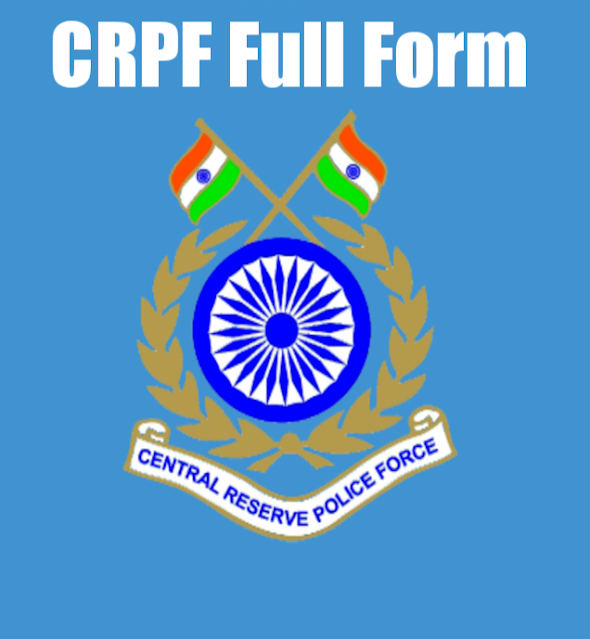 You must have got complete information about CRPF, but now the question comes, what should be the qualification of a candidate to join it.  So let's talk about qualification to join CRPF. Friends, if you want to make a career in CRPF, then you should know that your minimum age should be 20 years and maximum age is 25 years.  Relaxation in age limit in CRPF has been given for 5 years for SC and ST category and 3 years for OBC category and 5 years for civilian Central Government employees.

Candidates for CRPF should have matriculation and 10 + 2 pass from a board university recognized by the central or state government.  Along with this, the candidate should have IT diploma in related subject trade.

In CRPF, candidates are selected for different posts.  Therefore, they get salary separately on all posts and this salary can be up to 21700-61100.

There are many functions under CRPF, you can see below about these functions -